Collector's Corner: Why The Storm Surge Is Good For Hockey

Collector's Corner: Why The Storm Surge Is Good For Hockey

This edition of the Collector's Corner was written by Kieran Lang!

On October 7th, 2018, the Carolina Hurricanes beat the New York Rangers 8-5 in Carolina. What followed the game was crazy, new, and fun. When the game ended, the entire Hurricanes roster got into a line on the blue line facing the other end of the ice. No one knew what was happening. The sound known as the “SKOL Clap” began and the players began to clap along and it was very different. They then proceeded to skate right at the boards and jump into them. What just happened? That question raced through the mind of every single person who saw that it had happened. Here we are, five months later, and it has become the team's identity. 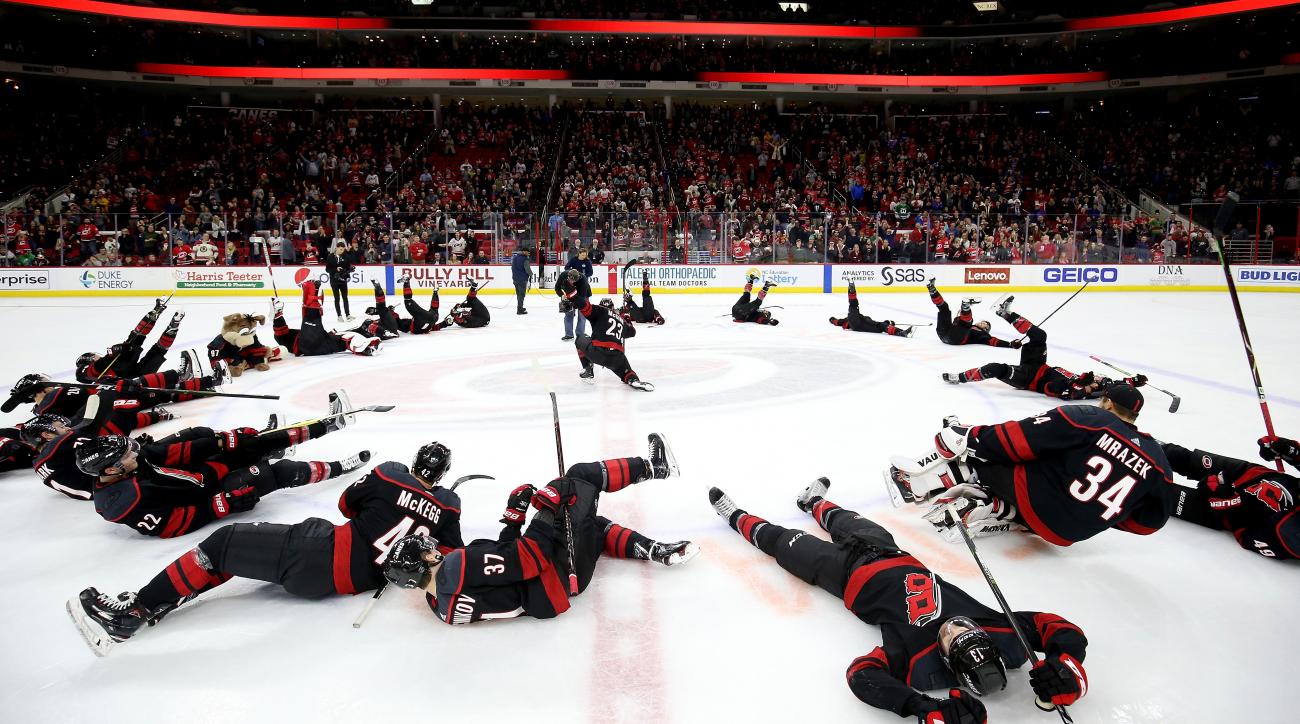 The Carolina Hurricanes are now in the playoffs about to face-off with the reigning champions, Washington Capitals, in game 6 of their first round match-up. The attendance has grown steadily over the year and is averaging its highest rate in the last 5 years. The Storm Surge has made the fans even more excited to go to home games in the hopes of a win so that they can see a Storm Surge. It is exciting, fun, and brings the fans together. If you go on Twitter and see anyone talking about the Hurricanes, it is either the Storm Surge or their incredible success since December 31st.

The other enjoyment we have all gotten out of the Storm Surge is the Don Cherry rants about how the Storm Surge is “immature”, “too fun for hockey”, as well as other things. The main one that sticks, is his calling the Carolina Hurricanes, a “bunch of jerks.” The “bunch of jerks” statement has become a team slogan. The team made a massive profit off of being called a “bunch of jerks” by selling shirts and hats. In fact, I own one of the shirts and when you go to a game, you see hundreds of the shirts and hats and I am sure even more people have them on under their jersey.

The last bit I want to touch on about the Storm Surge is the fans who travel to Carolina to watch their team play on the road. Here is the main reason the Storm Surge is good for hockey. When the Storm Surge begins, you see fans of the other team join the Hurricanes players and fans for the Storm Surge. Both sides enjoy it and it is a massive reason that the attendance in Raleigh, North Carolina has grown by such a large number this year. The Carolina Hurricanes have brought a lot of fun to the league, and I expect more teams to do something more fun after they win on their home ice next year.