1971 was the start of the Hurricanes franchise, with it all beginning in New England as the Whalers. In 1979, the Hartford Whalers played their first game in an all green jersey with 3 white stripes at the bottom of the jersey with 2 blue stripes in between the white. The cuffs were white with a blue stripe wrapping around the wrist. The logo was of a bubble like “W” with a “whale tail” coming out of the center spike of the “W”. On the away jerseys it was green with the “whale tail” in blue, and the logo all white on the home jerseys. The shoulder patches on the jerseys were of a small cartoony smiling whale named “pucky” with “ers” closer to his tail to signify “whalers”. The uniforms would not change much at all throughout the length of the franchise. Little changes such as the striping at the bottom of jersey and around the cuffs were the only adjustments made.

In 1992 til the end of the Whalers franchise in 1997, the home and away jerseys were redesigned. The home jerseys were now navy blue instead of green and accents of silver and green were incorporated in to the design. On the home jersey the logo stayed the same but the “W” stayed green and the “whale tail” remained blue with silver piping around the whole logo. The away jerseys looked exactly the same as the home’s except for the navy blue was white.

In 1998, the Whalers migrated south and made a home in Greensboro, North Carolina becoming the Hurricanes. The team’s colours drastically changed from the Whalers colours.

A red and black jersey was unveiled with a bird’s eye view of a swirling hurricane as their logo. 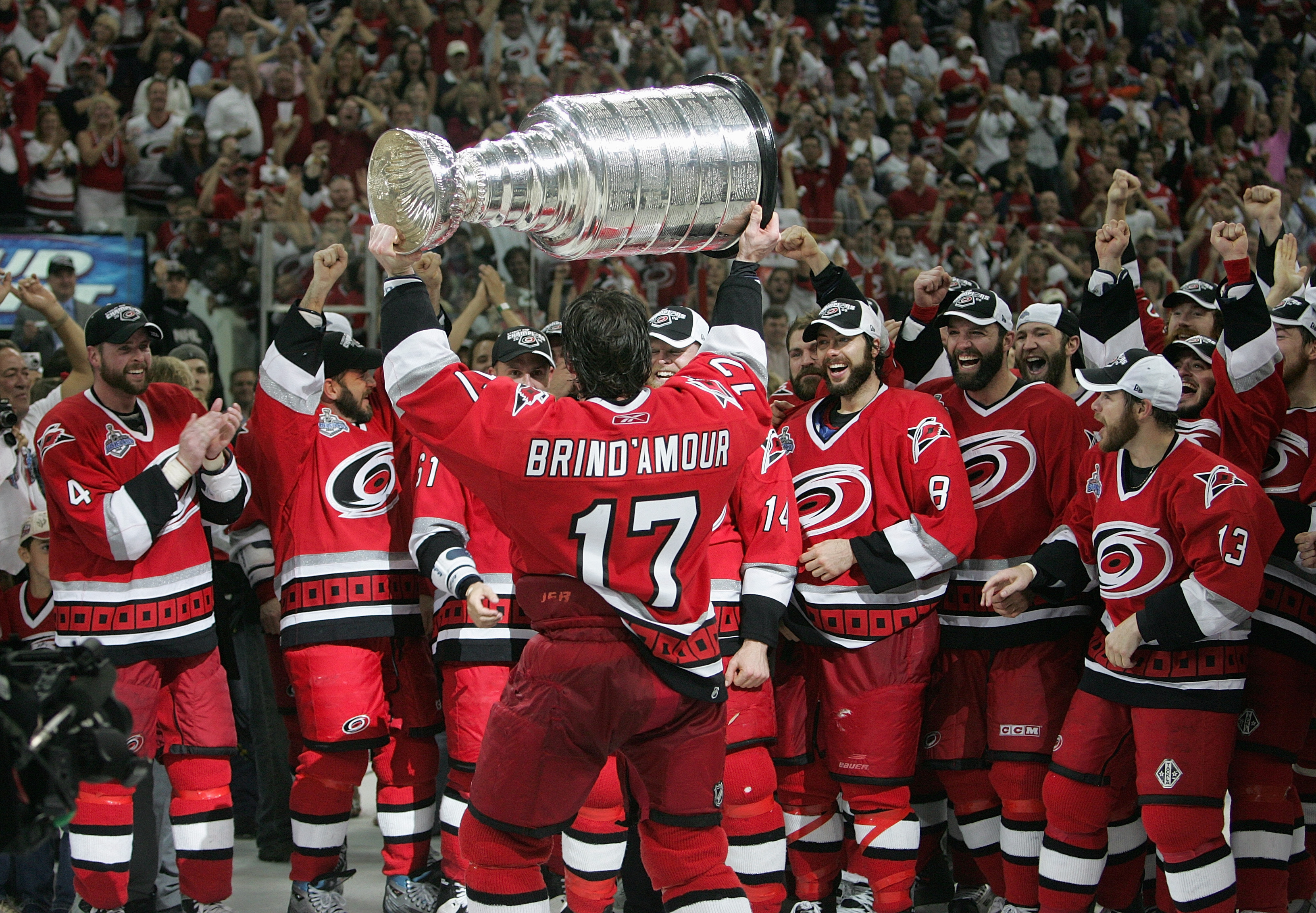 White and silver were used as accents on the jersey. The home jersey was all red with a three stripe pattern on the wrists going from silver to white to black. The stripes at the bottom of the jersey were a little different than most; Starting with a silver stripe then to a white stripe leading to a big black stripe with little red squares running through the stripe, and then finishing off with a white and black stripe. The away jersey was exactly the same except that the main part of red was replaced with white. In 2000, a black outline was added to the player names and numbers.

With the introduction of the RBK Edge jersey in 2007 the Hurricanes jersey went through minor changes. Becoming a little more sleek and adding piping around the shoulder yoke, would be the only changes made to the jersey. In 2008, a third jersey was added to the line up. The all black third jersey bore a new logo and a new design. The new logo was the shoulder patches on the old jerseys. A black hockey stick curved from the wind with a tattered pirate looking flag attached to it which was red and black. 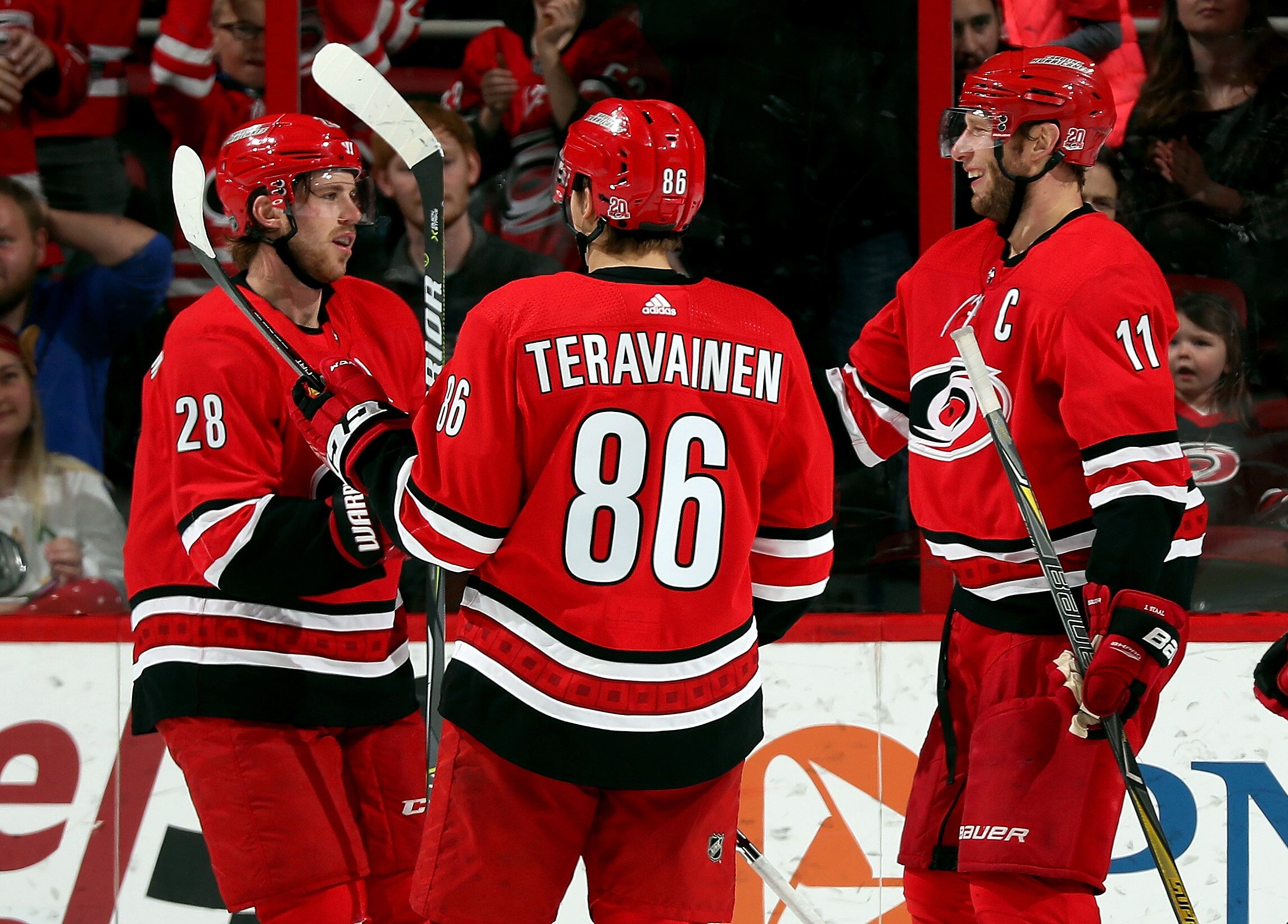