Collector's Corner: Jerseys That Will Hold Their Value

Collector's Corner: Jerseys That Will Hold Their Value

This edition of the Collector's Corner was written by Brett Foulke.

When it comes to purchasing a jersey, people always want to get the most value out of their purchase. Whether it’s the superstar player or a player you have a personal connection with, making the purchase worth it is what people are looking for. People often fear when purchasing a jersey that the player will then get traded or sign somewhere else, but there are many players across the league that will make their jersey absolutely worth the purchase. There are many players across the league whose jersey would be worth purchasing, but here are the five players whose jersey value will be worth the while that are not considered superstar names. Jay Bouwmeester of the St. Louis Blues has been one of the best defensemen of the past decade. Bouwmeester was drafted 3rd overall in the 2002 NHL Entry Draft by the Florida Panthers. After starting his career with the Panthers, he then spent four seasons with the Calgary Flames before being traded to the Blues during the lockout-shortened 2012-13 season. Bouwmeester would become a staple to the Blues’ blue-line and help build one of the best defensive cores in the NHL. Bouwmeester is a two-time All-Star(2007 and 2009) and won his first Stanley Cup this past season with the St. Louis Blues. He plays a pivotal role in capturing the franchise’s first Stanley Cup in their 53-year history. Bouwmeester played for three different franchises in his career and was always playing top pairing minutes in his career making all three of his jerseys worth their value. All of us in the hockey community and sports world with Jay the best on his road to recovery and we hope to see him back on the ice!

Ryan Suter was born to be a hockey player. His dad, Bob Suter, was a member of the 1980 “Miracle on Ice” United States hockey team. Ryan was drafted by the Nashville Predators with the 7th overall pick in the 2003 NHL Entry Draft. During his time in Nashville, Suter spent his time on the ice with Shea Weber. These two made up one of the best defensive pairings in recent memory. Unfortunately for Suter, playoff success never came in Nashville and in the 2012 offseason, Suter paired up with fellow Minnesota native Zach Parise and signed massive contracts with the Minnesota Wild. Suter has been a staple on the Wild blue-line and helped grow and develop players like Matt Dumba and Jared Spurgeon. Ryan Suter has worn the assistant captain’s patch for most of his time with the Wild and is still could be considered the face of the franchise. His jersey number could be on that is retired by the end of his career, which makes his jersey a viable option when deciding how to make your purchase worth the while. 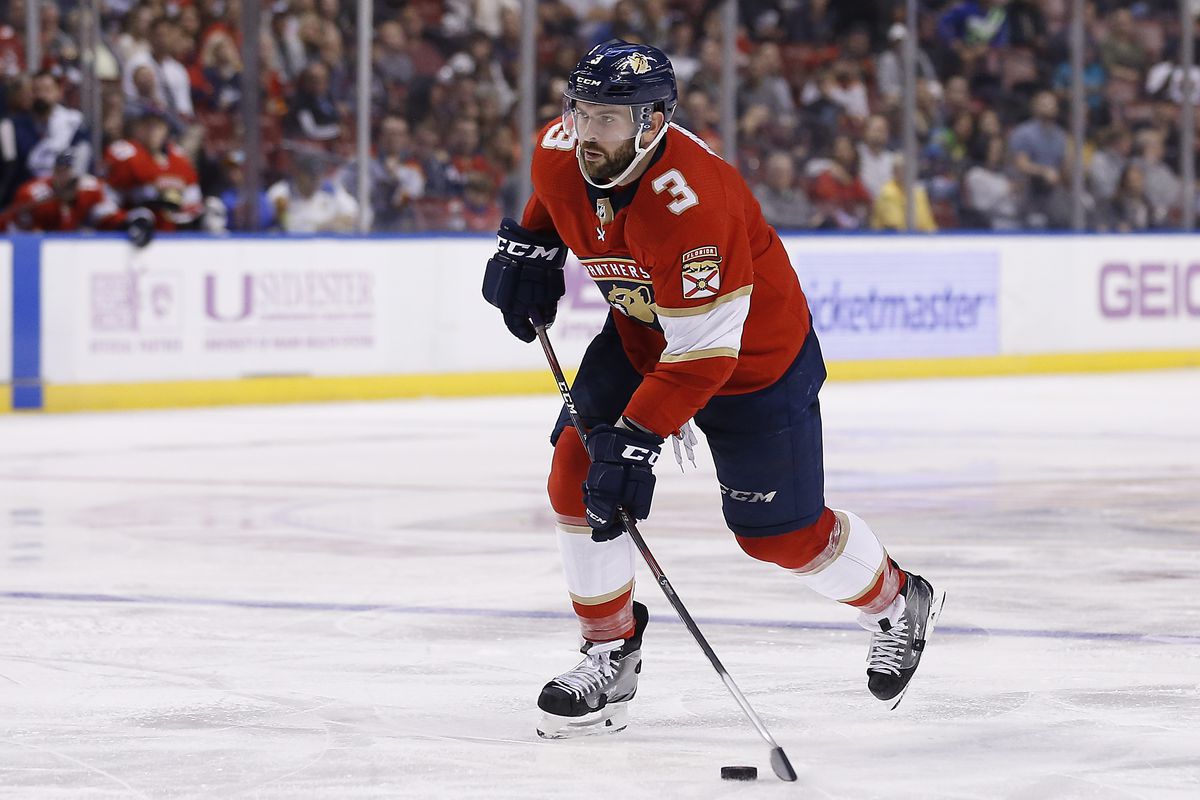 Keith Yandle has played for a few different teams in his very solid career. His career began in Arizona where he was drafted 105th overall in the 2005 NHL Entry Draft by the Coyotes. During his time with the Coyotes, he was selected to two All-Star games(2011 and 2012) and was one of the best offensive defensemen in the league. During the 2014-15 season, Yandle was traded to the New York Rangers and would play one more season in the Big Apple before moving on to the Florida Panthers. The past two seasons with the Panthers have been two of his best. He was named to the 2019 All-Star game and put up a career-high in points. The American born defenseman has become a role model for the young and upcoming Panthers team and his jersey is a great purchase to make, no matter what Yandle jersey you decide to purchase. When you think of the Boston Bruins, you think of the three-headed monster of the first line of Patrice Bergeron, Brad Marchand, or David Pastrnak or of their captain Zdeno Chara. A player that flies under the radar for the Bruins and is the 3rd longest-tenured Bruin behind Chara and Bergeron is David Krejci. Krejci was selected with the 63rd overall pick in 2004 and has been a crucial player for the Bruins playoffs success and Stanley Cup title in 2011. Krejci has been a mainstay on the Bruins second line and fills in perfectly for Bergeron when he has been hurt. Krejci plays crucial minutes for the Bruins and plays a very important leadership role for a Bruins team that always competes for The Cup. Krejci’s number 46 will always be an iconic number in Bruins’ history and a jersey worth purchasing if you are a Bruins fan or even a fan of the game.

The Devils are in the midst of a rough season that had a look to be one of the best in recent history after drafting Jack Hughes and trading for PK Subban in the offseason. Unfortunately for the Devils, they are rebuilding after trading Taylor Hall and Andy Greene away but the future in Newark is definitely a bright one. The Devils made the Stanley Cup Final back in 2012 where they lost to the Los Angeles Kings. One player remains on their current roster from that team and that player is Travis Zajac. Zajac was drafted 20th overall in 2004 and has been a reliable centerman for the Devils ever since he entered the league in 2006. After the trade of Andy Greene, Zajac could be in line to be the next Devils captain in the franchise historic existence. The career Devil is a franchise icon that is helping pave the way for the next wave of franchise stars like Jack Hughes, Mackenzie Blackwood, and Nico Hischier. Zajac is a player whose number 19 will forever be thought of as his and his jersey is one that would definitely be worth every single dollar.